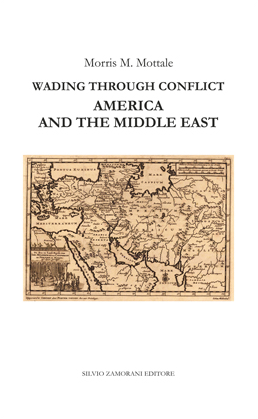 This book outlines and develops the past and contemporary threads that run through American policies toward the Middle East at large. The analysis is focused on Washington’s national interests being set in a context that seeks equilibrium between ideological, religious, and territorial conflicts in the area. The more critical and problematic aspects of American foreign policy making derive from the difficulty of Washington’s decision makers to balance American strategic and economic interests with ideational values that in turn clash with the political and religious experiences of the area. As the prospects of conflict resolution in the Middle East become increasingly complex, American foreign policy in the area seems to be faced with ever more critical challenges compounded by terrorism, the Arab-Israeli conflict, religious cleavages, and political instability confronting many of the states in the area.

Morris M. Mottale is professor of International Relations and Comparative Politics and chair of the Department of Political Science at Franklin College, Switzerland. His main teaching and research interests lie in international relations, comparative politics, Middle Eastern politics, international political economy, strategic studies, and energy. He has taught in the United States, Canada, and England and has been a research scholar at universities across North America, Europe, and the Middle East, including the Harvard Center for Middle Eastern Studies. His books include The Origins of the Gulf Wars, and Iran: The Legacy of the Islamic Revolution both published by University Press of America and Rowman & Littlefield. He is also the author of several articles and reviews on international and Middle Eastern politics. He is also a senior research associate at the International Security Forum in Cyprus and a consultant on international security and energy. He holds a B.A. and M.A. from San Diego State University in California and a Ph.D. from York University in Toronto, Canada.